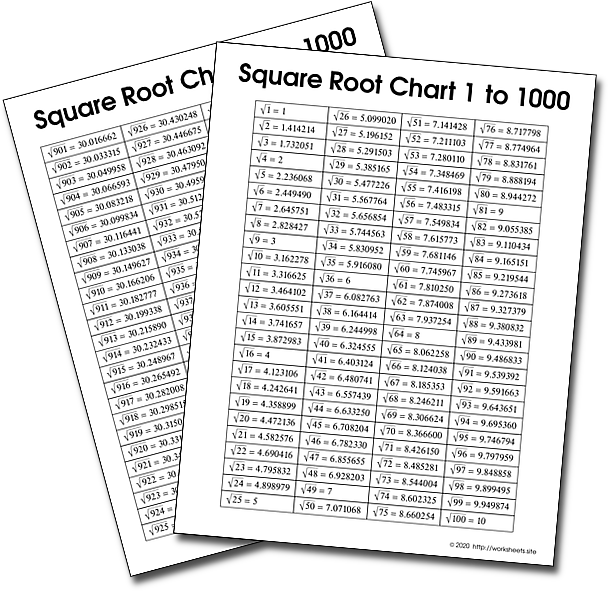 The German mathematician Christoff Rudolff was the one who first used the current symbol of the root, it was a corruption of the Latin word radix that means root and to denote the cubic root Rudolff repeated the sign three times this occurred in the year 1525, almost five centuries ago.

While we usually learn about square roots in the context of integers, we can also find the square roots of numbers that are not integers. For example, the square root of 10 is a decimal number close to 3.16227 (you can check this by multiplying that number times itself on a calculator and you'll get a value very close to 10.) An imperfect square is going to have a square root that is not an integer (it has a decimal or fractional part)

, with values rounded to six decimal places of precision for the roots of imperfect squares.