Sieve of Eratosthenes Step by Step 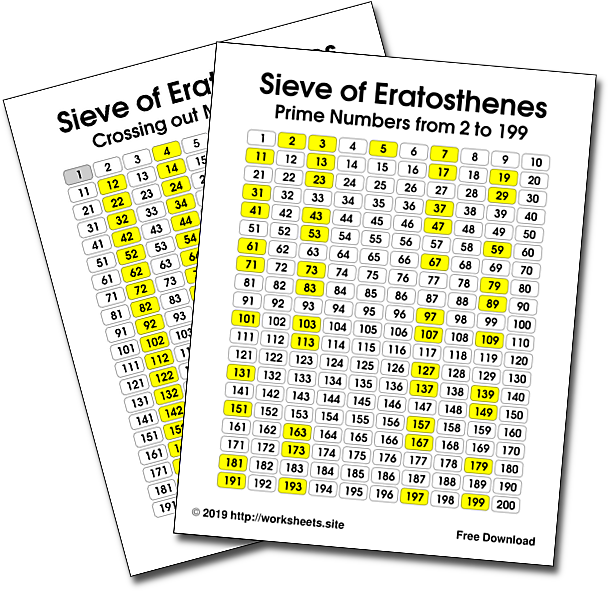 Eratosthenes was a Greek polymath: mathematician, geographer, poet, astronomer, and music theorist who invented a simple, efficient algorithm for finding all prime numbers up to any given limit. Unfortunately, only fragments of his works remain after the destruction of the Alexandria Library.

Eratosthenes' Method consists of going through a table of numbers using the following steps:

In the end, all crossed out numbers are composite numbers and all uncrossed numbers are prime numbers.

shows the step by step process, marking the composite numbers (multiples) of each prime number, sheet by sheet, so you can study the method in detail. Use the password worksheets.site to open it.