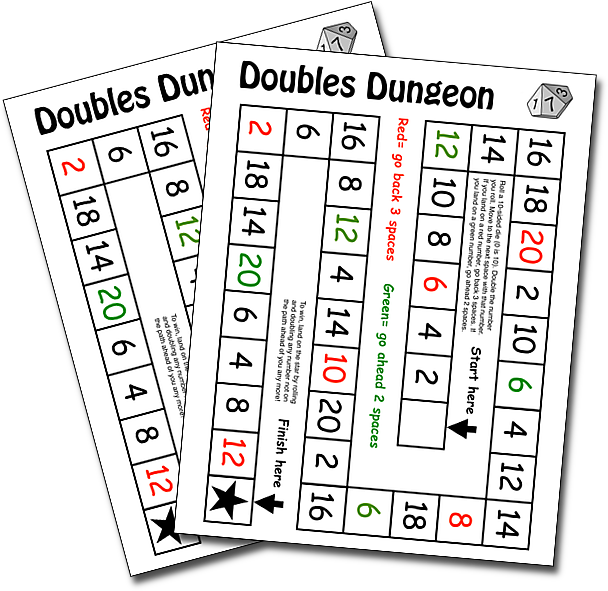 Adding doubles, such as 4+4 or 9+9, is one important strategy for learning addition facts. Pairs of numbers formed with the same number (8 + 8) are generally easier to remember than other addition pairs. For this reason they are can be used as scaffolding for figuring out other results. Doubles don't usually require special instruction but some games such as dominoes or frequent situations of daily life can be used as examples in case of difficulty:

Children come to master doubling with such certainty an accuracy that this tool becomes a more general calculation strategy, Doubling is practically an operation in itself. Many people resort to doubling every time they have to multiply by two.

It is a way of taking doubling to the next level. For example 5 + 6. To solve them, it is enough to increase in one unit the value of the double (5 + 6 = 5 + 5 + 1). Help kids recognize when addition facts are "next door neighbors", just one number apart from one another. The memory rule here should be, "When numbers are neighbors, get doubles to help".

This print and play game comes in a PDF file

. It contains a Board game sheet with a dungeon full of doubles ready to be crawled. It's a variation of the popular Snake & Ladders game.

To win, land on the star by rolling and doubling any number not on the path ahead of you any more!