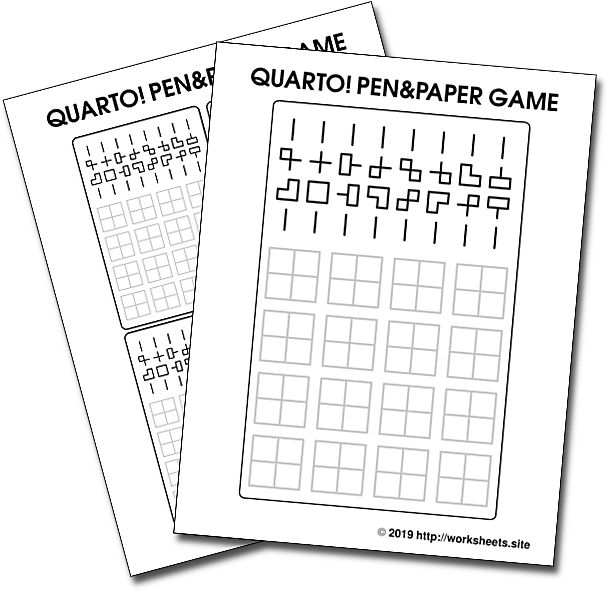 Quarto is a board game invented in 1991 by Blaise Muller.

The board has 16 squares (4x4), and this variation uses 16 different shapes that are constructed by flipping the corners of a square, each corner can be "to the outside" or "to the inside" 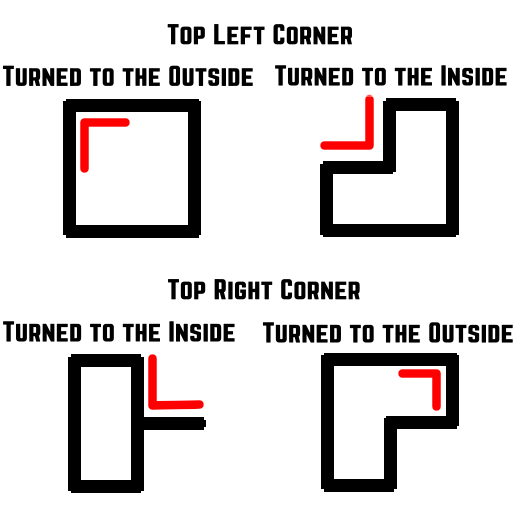 The aim of the game is to complete a line with four shapes that have at least one identical corner each. The line may be vertical, horizontal or diagonal. The winner is the player who draws the fourth shape of the line. At that point, he must declare his win by calling "QUARTO!" 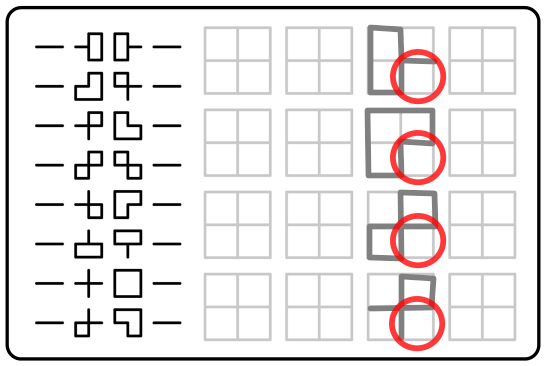 Players play alternatively, drawing one shape on the board; once drawn, shapes cannot be erased.

One of the more special characteristics of this game is that the choice of the shape to be drawin on the board is not made by the same player who draws it; it is the opponent who, after drawing his shape, decides which will be the next shape to be drawn.

So, each turn consists of two actions:

1. Draw a shape on the board selected by the opponent.

2. Mark a shape you wish your opponent to draw in the next move.

In the first turn of the game, the player who starts has only to choose one shape for the opponent. Shapes are marked by completing an arrow, this way: 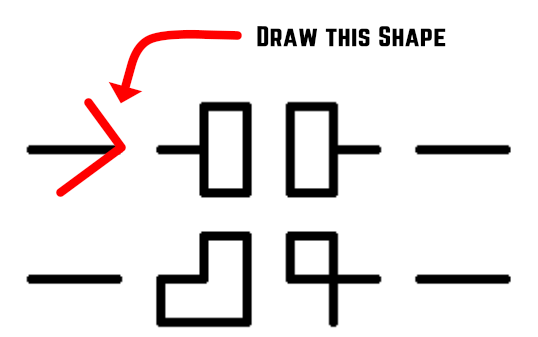 Once the next player draws the shape, the used shape can be marked off.

If a player has not noticed a Quarto! alignment and marks a shape for the opponent: The latter may at that moment call "QUARTO!" and indicate the alignment: He wins the game.

If none of the players sees the alignment during the move during which it is created, it loses any value and the game continues.

The game finishes in a draw when nobody reaches the objective after drawing the 16 shapes.

and print the pencil and paper version of this popular abstract game. Get a neat mini game to play on the road. Use the password worksheets.site to open the PDF file.