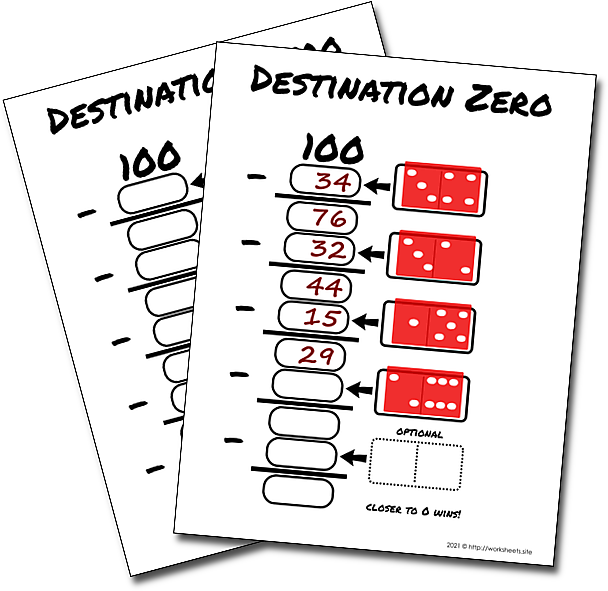 Dominos make excellent math manipulatives, and they are used frequently in schools and homeschooling. There are lots of different games that can be played with them and in the process of playing the games a child can start to recognize patterns like that nine is three groups of three or that two odd numbers added together make an even number. Here is one such game:

You need a set of dominoes, scratch paper, pencil and the game sheet.

Object: To reach a number as close to zero as possible without going below it.

The games are appropriate for number recognition and for beginning understanding of place value. This game

will focus on using dominoes to increase understanding of the subtraction operation. Use the password worksheets.site to open the PDF file.