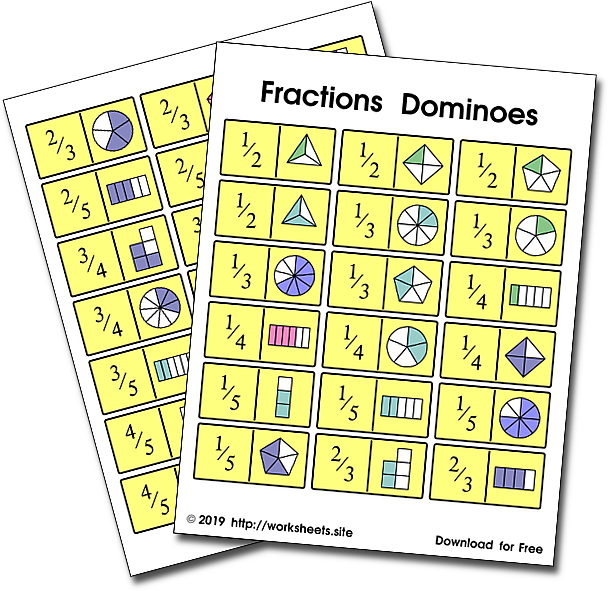 How to make a dominoes game? Math can and should be enjoyable... even fun sometimes. A dominoes math game favors learning math. Kids will love this exciting experience. Works great for large groups of kids or a whole math class.

1. How to Play Fractions Dominoes

Dominoes Fractions can be played in the classroom or at home. You can start in a very simple way. Once the dominoes tiles have been downloaded and printed, you can consider laminating them so you can use them again and again, or use them only once if you prefer.

Dominoes is a game for 2, 3 or 4 players. It consists of 36 cards with 9 different values. Each value appears in 8 tiles, in four tiles the fraction appears as the number, that is, numerator and denominator of a reduced fraction, and in four tiles it appears as a graphic representation of the fraction, either in proper or improper form. Fractions are represented in four different ways: pies, polygons, bars, and blocks. Print and cut free math dominoes.