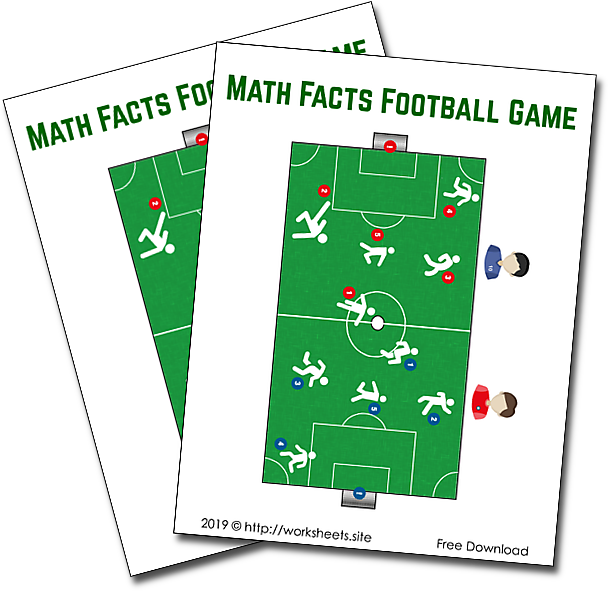 To win the match, four goals must be scored to the opponent. WHO WILL WIN THE MATCH?

To verify the answers, the other player can make use of math facts tables of all the operations or a pocket calculator.

You will need a marker or a chip used as a soccer ball. Follow the rules of the game and enjoy the competition.