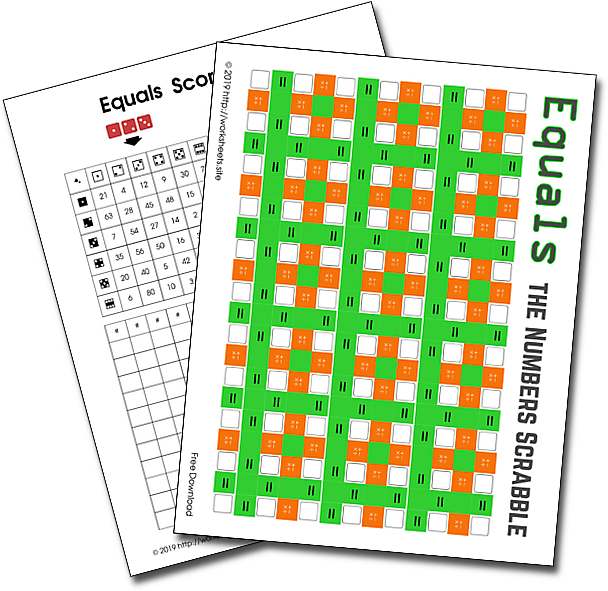 Equals is a game enjoyed by parents and children alike. It's the world-famous system of crossword games and arithmetic equations combined to score points. All players have a supply of 8 numbers and, with the 4 basic operations, can formulate their equations. After each turn, the number supply is replenished. Different arithmetic operations give you different scores based on their difficulty. Division is awarded a fourfold score, multiplication is triple score, subtraction is double score, and addition is simple score.

To race for the highest score using the number options in your hand and combining them to form valid number equations.

Each player takes 8 numbers and tries to use them in equations. The highest number used in the equation is used as your base score. This number is then multiplied by a factor depending on the operation used. The numbers that were used in the board are replaced by rolling three dice that decided which new number you'll get. The winner is the player scoring the most points when the board is full or when a player reaches the last line of their scoring card.

The game ends when the board is full or when players have no more space in their scoring sheets.

The player who has the highest total at the end of the game is the winner.